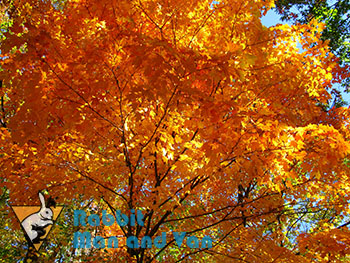 The difficulty and duration of your relocation will more or less be determined by the season during which you are moving. Here are the pros and cons of each season of the year will offer you.

Relocating during the summer

For most people, summer is the ideal time of the year to move from one place to another. However as everything else in life there are advantages and disadvantages of relocating during the warmest season.

The main advantage of moving during the summer is the weather. Usually dry, sunny and warm, you won’t have to worry about rain and cold. It is also the time of the year during which you can easily take a few days off from work and most importantly during which your children aren’t going to school which will undoubtedly facilitate the scheduling for your relocation.

As you can already guess the biggest disadvantage is that removal companies are super busy during the summer as everybody is relocating during the season. This means that not only your moving costs will be more elevate but that your housing expenses will be higher as well, especially if you would be living as a tenant.

Relocating during the winter

We are fully aware that winter isn’t the same everywhere. The further north you are, the harsher the season is. Still, just like the summer, winter has its good and bad sides.

In contrary to the summer, you can easily find free man and van contractors during the winter. This will ultimately lower your moving costs as very few people choose to relocate during the coldest time of the year due to the bad weather. This also means that you can find a very nice house for a very reasonable rent.

As we aforementioned, the weather is the biggest issues that comes along a winter relocation. You won’t simply have to deal with the cold but with rain and snowfall as well. Furthermore, you will more difficultly obtain a leave of absence from work and you will most likely have to interrupt your children’s school year. Last but not least, winter removal are considered to be dangerous as the risk for injuries is high.

Relocating during fall or spring

Spring and fall removals aren’t as easy or complicate as summer or winter relocations but they do have their exclusive bad and goods features.

The demand of moving services is moderate during both seasons which automatically means that you can easily book expert removal services in Catford at fair and reasonable rates. The weather is still manageable and with a little bit of luck you can avoid rainy and windy days.

Your children will certainly be at school during both seasons which means that you will have to disturb their education. However you can avoid this by planning your relocation during the first weeks of September or the last weeks of May or June (depends from your kids age) as school will either be just starting or almost complete and your children won’t miss too much.