We, at Rabbit Man And Van, enjoy excellent reviews from our customers since we offer cheap prices and we have the best and most skilled man and van teams in Greater London. Hire us and your satisfaction as our client will be guaranteed.

As a moving van business that has been around for a long time, we have successfully established a remarkable presence all over Greater London. Our company works with properly licensed and insured man and van professionals from every borough of the English capital and we have selected each of them based on their experience, motivation, competence and not without considering the level of their interpersonal skills. Because we cover such a vast area we provide:

Our staff effectively operates in every area of Greater London thanks to our versatile fleet of advanced transit vans. We, at Rabbit Man And Van, can take on jobs of any complexity since our vehicles feature not only SWB and MWB but also LWB and Luton lorries. As a result, we can transport even pianos, king size beds and wardrobes in a risk-free manner.

A reputable moving company that will not let you down

In addition to full property removals we at Rabbit Man and Van are happy to lend you a hand with smaller, more specific jobs too. Our man and van service in Greater London is often used for store purchase deliveries for example. If you have bought new appliances for the kitchen, or a set of furniture for the living room and you want those delivered to your address on the same day, we are the people to call. Not only will we drive your new acquisitions to the assigned location, but we will unpack and assemble them if you ask us for this.

We know that moving homes and offices can be pretty strenuous which is why we are here to help you. A man and van in Greater London bearing the logo of Rabbit Man and Van is a guarantee that your relocation project is going to be completed:

Manpower and resources you can count on

Our trained and experienced staff-members will tailor an individual plan for your project, taking into consideration all your personal requirements and preferences, so that the man and van Greater London service that you receive from us is truly up to all standards. Check out the outstanding customer reviews which we receive on a regular basis clearly indicate that we are doing our job exactly in the way we are supposed to.

Our man and van in Greater London solutions are much sought after by domestic and commercial clients from the area alike. We are reputed for our diligence and care for the detail, which is why we receive outstanding client reviews at all times. We are more than certain that you will join the club of our happy customers if you decide to opt for one of our solutions. Additional options that you can consider us for include packing and unpacking, waste clearance, storage and moving out cleaning services. Call or write to us for further details, or just browse through our website.

Our convenient man and van services in Greater London stand out with the fact that they are available at a very affordable price. We from Rabbit Man and Van have a transparent pricing policy which does not come with hidden fees. To make matters even better, our customers have the opportunity to receive a personalised quotation that is calculated on the basis of their budget and their full list of requirements.

Our remarkable armada of advanced moving vans in Greater London is quite fuel-efficient which means lower fuel consumption and lower transportation costs. Also, every van and truck that we own is updated regularly so that our clients will not have to put up with unexpected downtimes and delays.

Book the best man and van near you

We have a solution to every problem

Feel free to approach a man and van team in Greater London working for Rabbit Man and Van at any time you have a complex and seemingly too problematic relocation to take care of. We are experts in moving pianos, bulky furniture, sensitive and very expensive office equipment, art, antiques and much more. Hire us today and forget about all the pressure, stress and strain. That’s what we are here for. 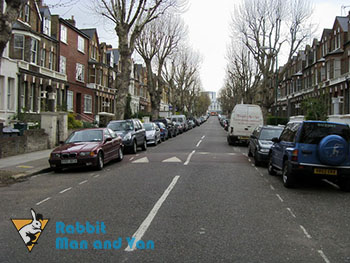 Despite offering cheap man and van in Greater London, we are also able to provide you with a wide range of premium quality additional services. From delivery of packing supplies and storage services to junk removals and moving out cleaning – our well trained and fully insured professionals have a truly amazing array of skills. Since we have licensed moving van experts in every part of Greater London and we can quickly reach any area in the English capital.

Greater London is a large region that designates the administrative boundaries of the English capital. It consists of 33 different areas, of which 32 are boroughs and one functions as an independent county known as the City of London. Greater London is also divided into Inner and Outer London. More than half of the city’s boroughs are located in Inner London. Those feature Islington, Camden, Hammersmith and Fulham, Kensington and Chelsea and ten others. The Outer London boroughs, on the other hand, include Ealing, Croydon, Barnet, Sutton, Bromley, Richmond upon Thames and thirteen more. Many of the historic counties that used to exist around the Big Smoke were added to Greater London around the mid-1960s when this region of England was officially created. Among these counties are Essex, Kent, Hertfordshire and most of Middlesex. Latest statistics show that Greater London’s population has reached more than 9.33 million people. That ranks the UK capital among the 35 most populated metropolitan areas in the world and among the top four in Europe, along with Moscow, Istanbul and Paris. Greater London is also an incredibly diverse place in terms of ethnicity as they are more than 300 languages spoken on its territory.

We have teams all over Greater London. This is a county which was established back in 1965. Greater London is the most densely populated region on the territory of the United Kingdom. According to the latest census, there are more than 8,66 million people living in Greater London. The county has 18 main train stations and countless other smaller railway stations and train stops. There is no other area in the world that has more airports than Greater London. Some of the busiest of them include Heathrow, London City, Gatwick, Luton, as well as Stanstead.

Greater London is divided not only into boroughs, but also geographically into South and North London, with the River Thames acting as a border. It is very important to point out that Greater London is one of the greenest metropolitan areas in the world. Some 30-40 percent of the territory of the capital is covered by public parks, commons, ancient forests etc. Many of those are included into the so called Metropolitan Green Belt – green land that is protected against development.

We should not forget that Greater London contains some of the biggest and best open green spaces in the capital. Greenwich Park and Wimbledon Common are just two simple examples of that fact. Greenwich Park is home to the Royal Observatory and is where the Prime Meridian runs through and gets its name. Wimbledon on the other hand hosts the largest annual open air sports even in the country – the Wimbledon Tennis Tournament.

Most comprehensive man and van in Greater London

By booking a seasoned man with van in Greater London through us, you will not only have a trained professional to deal with the transportation, collection or delivery of your items, but you will actually enjoy an all-round service. Our diligent staff has been trained to execute every different stage of both small and big moving van jobs. This means that you can easily count on them to load and unload your goods in and out of our safe and clean moving vans.
Since many of our transit vehicles are with a large capacity, our experienced staff can also be booked for professional home removals in Greater London. We are well equipped to organise not only small and partial domestic moves but also large-scale household relocations. Your satisfaction is guaranteed because we work thoroughly and effectively. We work on holidays and weekends, so feel free to schedule your move on any day you like. 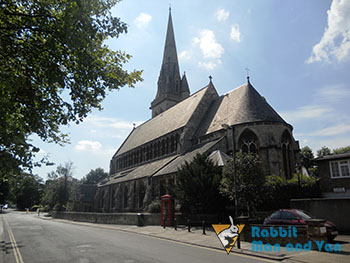 Yet another reason why you should rely on our efficient man and van services in Greater London is that we are a fully insured business. Both our competent personnel and our armada of new-generation moving vans and trucks have an all-round insurance coverage. Although we excel when it comes to offering our customers risk-free moving van services in Greater London, our clients always appreciate the extra peace of mind with which we can provide them.

Greater London marks the administrative boundaries of the capital of the United Kingdom. It is divided into 32 boroughs and inhabited by over 9.33 million people. It also includes the City of London which has the status of a city, a county and a financial district of London. Aside from being subdivided into boroughs, Greater London is also divided into Inner and Outer areas. This administrative structure dates back to 1965 when it was originally established.