Bromley is the largest borough of the British capital. It lies in the south-eastern parts of the city and covers at little less than 58 square miles. It has a population of almost 325.000 and a density rate of 5.600 people per square mile. This makes Bromley one of London’s least densely populated areas. It is the location of a number of well-known districts, landmarks, parks and entertainment venues.

The area of Hayes, BR2, is situated in the central parts of the borough and has a population of about 15.000. It is the location of several popular green spaces including Hayes Common which is arguably the most famous landmark in the district. The park spreads over 2.5 hectares and is classified as a Site of Metropolitan Importance for Nature Conservation. The area is also home to a number of well-reputed educational facilities such as Hayes School which was founded in 1956 and gained academy status in 2011. It currently provides high quality secondary education to an estimate of 1650 boys and girls from the ages of 11 to 18. Hayes is served by its own railway station which dates back to 1882 and is used by over 1.1 million people on an annual basis.

Biggin Hill TN16 is a district which lies in the southernmost parts of Bromley at about 15 miles from the junction of Charing Cross. It is one of London’s highest areas as it sits on an elevation which ranges from 560 feet to 690 feet above sea level. Due to its location, the district is renowned for its amazing vistas of the English capital. It has a population of almost 10.000 and is home to the Biggin Hill Airport which is beyond any doubt the area’s most famous landmark. The airport played an integral role during the Battle of Britain in the Second World War. Today, it serves at estimate of 50.000 aircraft yearly and is mainly used for private aviation. The Charles Darwin School is the most prolific education venue in Biggin Hill. It is one of the finest schools in the city and currently has a student body of approximately 1.300. 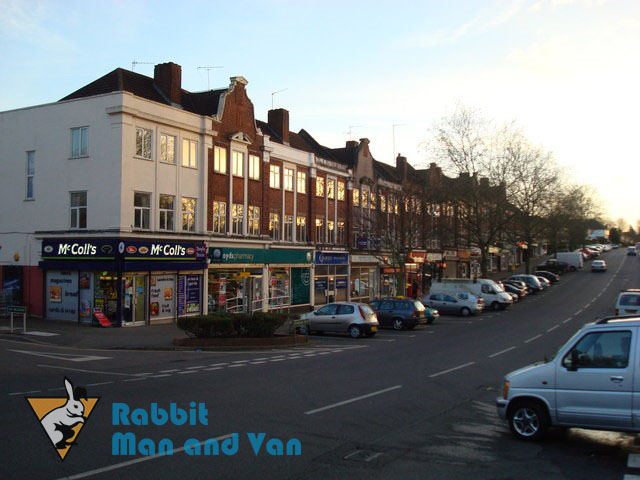 The village of Chelsfield has a population of over 14.000 residents and lies in the eastern parts of the Borough of Bromley. The area is mostly residential and is inhabited by commuters who work in the other parts of the city. The noted Five Bells public house lies in the district. It is also the location of the privately operated Chelsfield Park Hospital which is one of the best healthcare facilities southeastern London. Chelsfield, BR6, is served by its own railway station which was opened in 1868. According to the latest numbers it provides transportation services to an estimate of one million passengers annually.

Bromley Common BR3 is an area which lies in close proximity to the town of Bromley in the northern parts of the borough. It has a population of about 15.000 and is identified as a residential district. The area is described as calm, quiet and peaceful as unlike local districts isn’t home to any major places of interest. Bromley Common is often associated with cricket as during the 18th century it was the scene of a number of prominent cricket matches. The district is linked to the remainder of the capital by a number of bus routes which pass through it regularly.

Bickley is a town with a population of 13.000 which is situated in the northern parts of Bromley. The intersection of Charing Cross lies at about ten miles from the area. It is known as one of the most opulent and wealthy districts not only in London but the United Kingdom as a whole. During the years numerous notable people have lived in Bickley, BR3. Among the most famous residents of the area are:

The suburban town of Bromley, BR1, is the main district of the eponymous borough. It has a population of over 70.000 and lies at about nine miles from Charing Cross. It is the location of several well-known local landmarks such as St. Peter and Paul Church, St. Mark’s Church, Market Square and more.