Havering is one of the largest boroughs in London and covers an area of about 44 square miles in the northeastern parts of the English capital. According to the latest numbers, it has a population of approximately 250.000 people, which makes it one of the least densely populated districts in the country. Havering is comprises of numerous neighbourhoods that are home to world famous buildings, schools, parks, theatres, sporting venues and other notable places of interest. 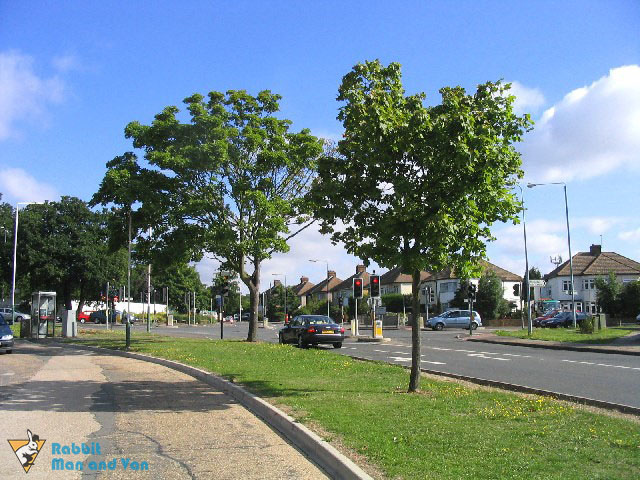 Chase Cross is an area that lies in the northern parts of the borough. It is located in close proximity to the much more popular districts of Collier Row and Romford. Until the 1930s, the neighbourhood had a rural character and was mainly inhabited by farmers who were in the agricultural business. The area is renowned for its calm and quiet atmosphere as its lack any major landmarks that tend to attract tourists. This is why, the local population is constantly growing as more and more people are moving to the area with the aid of Rabbit Man and Van in Chase Cross. Professional movers have the necessary resources to carry out correctly and promptly relocations of any scale and timeframe, and that is why people prefer to delegate their removals to them.

The suburban town of Hornchurch is situated in the southern parts of Havering at about 15 miles from the intersection of Charing Cross. It has an estimate population of 64.000 people and is one of the most desirable neighbourhoods of the borough. The Queen’s Theatre is arguably the most reputable entertainment venue in the district. Established in 1975, the theatre has a maximum capacity of 500 seats. The Langtons House is another well-known local place of interest. It is an 18th century house that was extensively renovated during the late 1920s. The structure is recognised as a Grade II edifice and is encompassed by Langtons Garden.

Harold Hill is one of the largest districts in the Borough of Havering. The area is primarily residential and is classified as a district centre in the London Plan. It sits in the northern parts of the borough and has a population of over 14.500 people. The area is home to the reputable Draper’s Academy. Founded in 2010, it was the first secondary school with academy status to be established in Havering. Today, it provides top quality education to a student body of 550. The presence of the school and the peaceful ambience of the district have made it a highly desirable neighbourhood and this is confirmed by the fact that the area welcomes new residents on a regular basis. People move to the district by using the reliable Harold Hill man and van services of the Rabbit Man and Van. Bear in mind that professional movers have a busy schedule, so booking in advance is advisable.

The stunning edifices of Havering-atte-Bower

The village of Havering-atte-Bower is located in the northernmost parts of Havering at exactly 15 miles from the junction of Charing Cross. The area is home to several large houses and palaces, including the Round House and Bower House. The church of St. John the Evangelist is questionably the most famous religious edifice in the district. The village is linked to the other parts of the city by two bus routes, which pass through it frequently. The nearest railway station is situated in the adjacent neighbourhood of Romford. 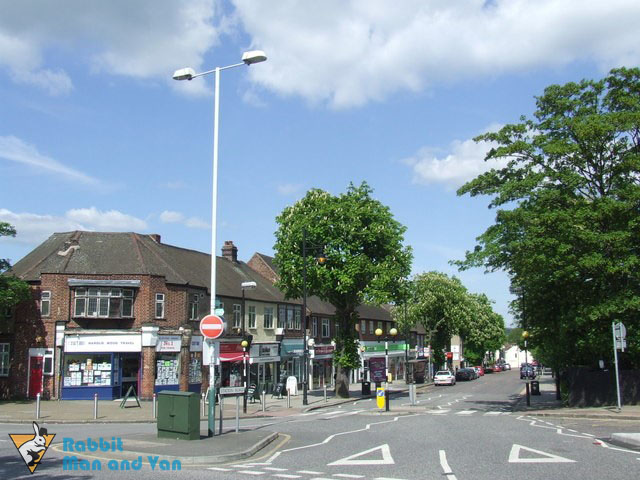 Harold Wood is a suburb that lies in close proximity to the north eastern boundary of Greater London. The last census shows that the district has a population of over 12.500 people. The same researches show that the number will grow in the upcoming year as new people are coming to the area. Newcomers can easily go through a stress-free and hassle-free removal by using professional man and van services in Harold Wood by the Rabbit Man and Van. By using insured moving options, you will have the peace of mind that your belongings are adequately covered against all types of accidents. The Harold Wood railway station is the suburb’s main transportation hub. It was opened in 1868 and is presently used by almost three million people annually.

The area of Harold Park is adjacent to the aforementioned district of Harold Wood. It is the location of the popular Maylands Golf Club, which dates back to the late 1930s. Several bus routes connect the area to London while the nearest rail links are situated in the neighbouring districts.